After many years my family went out on 24th of December. We took the metro to reach Esplanade station from where we walked to the New Market, once known as Sir Stuart Hoggs Market, which was established in 1874. The market is one of the oldest in Kolkata. Now the market has spread its wings around the old building, which shelters hundreds of shopkeepers, small and big. The place wears a completely different look especially during this season, from the Christmas to the New Year. Once upon a time the foreigners were the regular visitors of this place to buy cookies and greeting cards. The foreigners have left, leaving behind their legacy and some Anglo-Indians who still make the place lively during the last few days of the year. This year, there was a huge Christmas tree made of card board right next to the Lighthouse cinema hall (which is now a departmental store) and beside the tree was a picture of a smiling Santa. On top of the tree was the Spiderman. There was another Santa Claus standing tall near the stalls of "Kolkata Hut", a temporary attraction for the festival. There were at least 30 to 35 stalls scattered in front of the Hogg market building. Luckily, I got a chance to shop for fun. The whole place were decorated and the people around were in a mood of celebration. There were bags, purses, decorative pieces, jute bags, Kashmiri shawls, fashionable stoles and scarves; toys made of bamboo, pen stands, bed sheets and pillow covers, teracotta idols etc etc. We first stopped near the stall which had a man selling bamboo products. There were bells, key rings, jewellery box, toy trains, dolls, pencils, pencil sharpner which were made with a lot of creativity. The small little things were nicely coloured with oil-based paint which made them look very attractive. I watched as a child pulled her mother to the shop and made the latter buy one of the toys. I too bought a bright pen stand. The stall next to it was selling bed covers and cushion covers. While I was asking the prices of the handicrafts, my parents happily shopped from the next stall. Next we went to this guy who was selling leather purses with ethnic designs. I liked a cute little coin bag which I bought from that young man. My mother bought a leather purse. There were two or three stalls selling silver jewelleries. One particular shop had beautiful paintings of women's faces on cloth. We saw various kinds of Lord Ganesha painted on paper, cloth and also curved on wood. The sculpted Ganeshas were expensive as beacause their making involves hardwork and skill. Porcelain cups and plates were nicely arranged outside a stall to draw attention of the public and customers.
Posted by Aditi at 10:45 PM No comments: 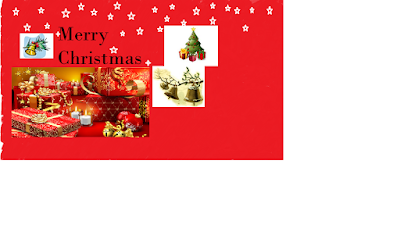 I got my study table when I was only seven. The table, which seemed to me very huge then compared to my size, occupied a very important place in my heart and in our two-room quarter. The table was placed right next to our bed. It came to our quarter without a chair. I used to sit on the dining chair which was wooden just like the table. The new table of mine was a gift and I liked to study only because of it. I used to sit facing east. A teacher used to visit our house to teach me Mathematics. The fact that he will share the table was not at all acceptable to me. Moreover, I did not like his company. He did not visit from the second week. The chair was mine. I was elated. My journey of studying on a chair and a table started since then. The year, if I remember, was 1987.

My father who had got the table also fixed an interesting table lamp on the wall facing the chair. But the light was not very comfortable for my eyes. I preferred the tube-light instead. Soon we shifted to our new quarter, a small three-room flat. The study table was placed in my room right next to my single bed. I studied facing east. But for some reason, I did not enjoy using my table then. The year was 1990-91. My bed became my temporary place for study. I got a small wooden desk which I placed on the bed as an alternative table. I could fold my legs and sit comfortably on the bed. I enjoyed sitting and studying that way because my legs used to ache when I had to sit on the chair after coming back from school. Interestingly, the small desk was named "Chanakya's table". My mother used to sit right next to me while I read loudly resting my elbows on the "Chanakya desk". There was a book shelf fixed on the wall beside my table, which had a few books always other than a pen stand. Sometimes, I used to finish my home tasks sitting on the chair and table.

When I was in Class VI, we moved to a huge flat. I got a room which was very very airy and bright because of the windows. It was a south-facing room. My table was placed near a wall and the book-shelf was again placed on top of the table. The cream-coloured shelf was stuffed with books and divided into four sections with four doors. The table then faced to the west. The glass windows which were on my left hand side often took my eyes from the pages of the book to outside which was indeed very beautiful. I used to look outside for a while and enjoyed the beauty of the nature. That was a break for me while studying. My bed was then a little away from my table and chair. As far as my memory goes, between the year 1993 and 1997, the table was mainly used as a book shelf. I used to sit on a chair and a centre table laminated with yellow sunmica. My tutors used to sit on a chair and I occupied the chair facing him across the table. The study table became my regular companion between 1998 and 2002. I got a lovely new chair which made the seat all the more comfortable. The books were organised on my table in separate groups. There was this old pen-stand, a table calendar, a mini table clock and a photo of Vivekananda which we had bought from the Calcutta book fair.

In between, the table had changed its position and it was placed near the wall next to the second door of my room. The door that was on my left remained half-closed and door on the right of my study table remained fully closed. But the windows on top of the doors were always kept open. There was a poster on the left door which if I remember was a ship sailing against a storm. I used to face north while studying. There was the Srimadbhagavat Gita on my table for a while. The year was 1999-2000. I was in 1st year college.

2001. My table, chair and our family found a new shelter. Our new address was a bungalow. My study was on the first floor. Initially the table was placed right next to the south facing wall. But later, I pulled it to the centre of the room, right beneath the fan. I used to study facing east. There was a huge poster of a Cross on the wall facing my table. I left home to study in a different state and the table stayed with my parents. I found it right next to my parents' bed when I used to visit home during holidays. By then, a new computer was placed on my table. The year was 2004.

I came back to my city. My address had changed again. A desktop was placed on a new computer table and a stereo system was kept on my study table.
Posted by Aditi at 10:17 PM No comments:

Devanand was a craze once upon a time not only among the women of India but also among the men folk. The actor who died yesterday, was a somewhat look-alike of Hollywood gentleman star Mr Gregory Peck. Devanandji probably followed his style of acting. A style icon Devanand was once the heart-beat of the Hindi film industry or Bollywood. Unfortunately, the actor is no more. His tin-tin like hair lock like an inverted comma with his stylish head bent on a side and a scarf tied on his neck was so typical of him. He was the face for the voice of Kishore Kumar Ganguly. Devanand was incomplete on screen without Kishoreda. The actor's death reminds me of some great Hindi sound tracks...Gata rahe mera dil (my heart sings on...), Churi nehi mera dil hain (my bangles are my heart), Aj phir jine ki tamanna hain (I wish to live once again), and Dum Maro Dum, mit jaye hum, bolo subha sham, Hare Krishna, Hare Ram....

I have heard from people that he was the reason behind the birth of many Bollywood stars. He could spot the talent from the crowd of a billion. He was the actor who gave the film industry some biggest hits like the "Jewel Thief", the "Guide", "Teen Deviyaan" and many many more. Devanandji began his career with Black and White movies and the world saw him in colour too. An era ends with the death of Mr Devanand, the evergreen actor.